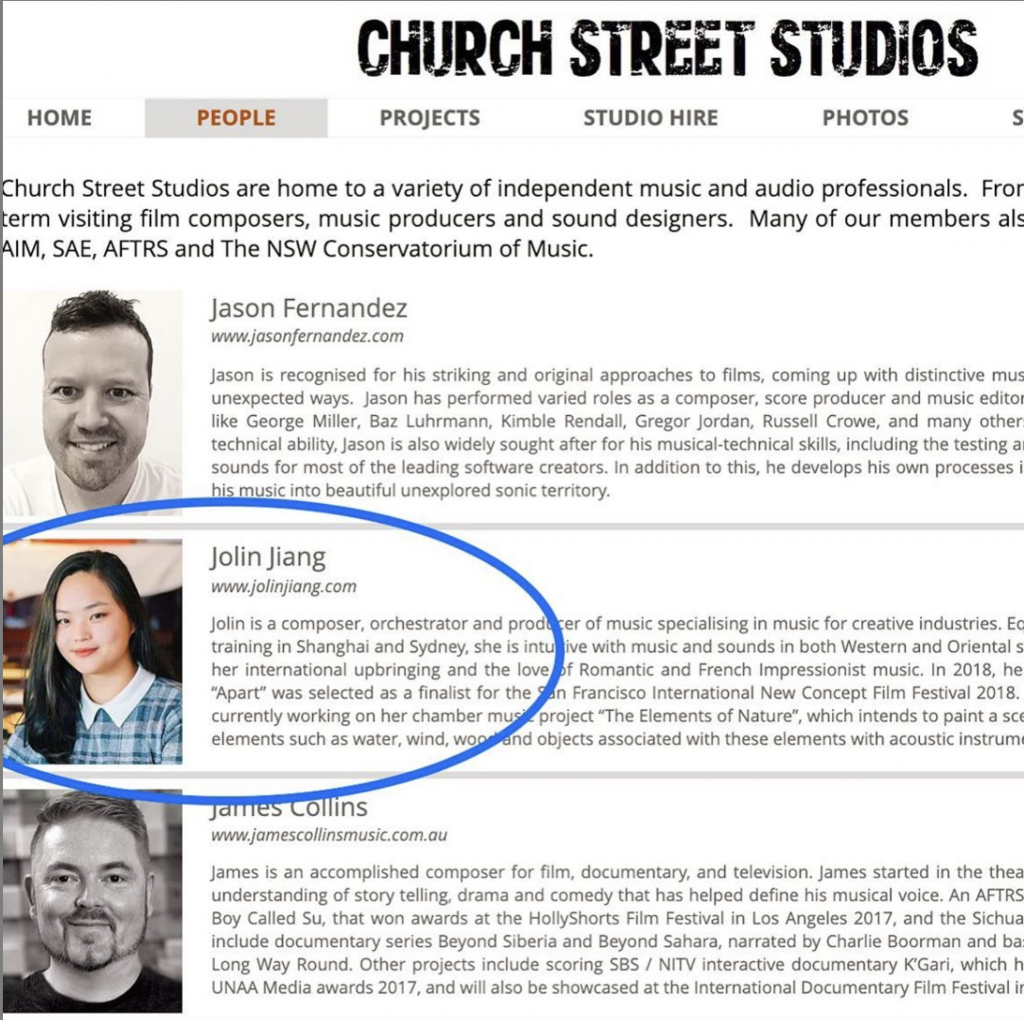 The composers and music producers invited Jolin to join the incredible music composition and recording studio Church Street Studios in October 2019. The studios certainly house some of Australian’s best composers and producers for film and TV. For instance, the former and the present President of the Australian Guild of Screen Composers Guy Gross and Caitlin Yeo. Meanwhile, there are also many EGOT (Emmy, Grammy, Oscar and Tony) Award winners and nominators.